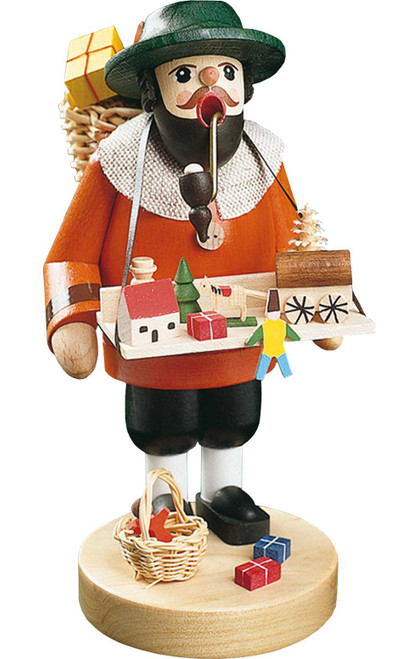 In 1932, Richard Glaesser decided to become an independent distributor of semi luxury items made in Seiffen Germany. At the end of the 1940s, the company added their own handcrafted items and quickly found its own identity. In the first years after World War II, items such as chests, quill boxes, and buttons were very popular. Thereafter traditional Christmas decorations from Seiffen gained in importance.
Today Richard Glaesser now has a workshop in the Erzgebirge Germany and makes high quality pyramids, music boxes, candles, smokers and nutcrackers. Each piece is marked with the company logo of the musical angel and RG for authenticity.

The World of Miss Mindy

The World of Miss Mindy